Tuesday 8th November 2022: The Australian food relief sector welcomes the recommendation in the NSW parliamentary report into food production and supply in NSW, that the NSW Government should advocate for tax reform at the federal level on food donations, and calls on other State and Territory Governments to add their voices to the growing call for this smart policy approach.

The Foodbank Hunger Report 2022 highlighted that over 2 million Australian households were severely food insecure in the last 12 months, yet the country currently wastes more than 7.6 million tonnes of food each year, costing the economy over $36.6 billion. Of this food, 70% is perfectly edible and redirecting it to food relief would potentially deliver $2 billion in social return.

Despite this, Australia’s current tax framework does not motivate food producers to donate excess stock. In fact, in tax terms, donating is no different to recycling or sending to landfill even though it may cost the company more. Foodbank Australia CEO, Brianna Casey says,

We recommend tax settings be recalibrated to incentivise donations to food relief. Experience in other countries, including the USA, France, Canada and the Netherlands, shows that tax incentives are the most effective way to increase the redirection of food donations, to food relief.

In addition to contributing to sustainability goals and helping hungry Australians, the proposed incentives are invaluable, SecondBite CEO Steve Clifford says, “This policy would provide support to small to medium enterprises, particularly farmers and small businesses in transport and logistics, stimulating regional economies and mitigating some of the economic impacts of labour shortages, natural disasters and the cost-of-living crisis.”

The tax incentive proposal, developed by KPMG with the support of the Fight Food Waste Cooperative Research Centre, recommends a two-tiered tax incentive based on the ability to offset a percentage of costs related to food donations from taxable income. Its aim is to encourage food producers to donate surplus product to food relief rather than sending it to landfill. 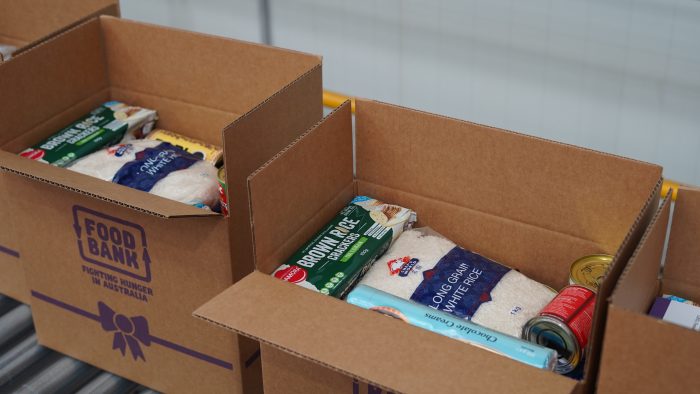 Given that food waste is a significant problem facing Australia we need powerful policy levers including tax changes to ensure food feeds people rather than going to landfill. We need to see action from all levels of society and particularly from the federal government on this policy.