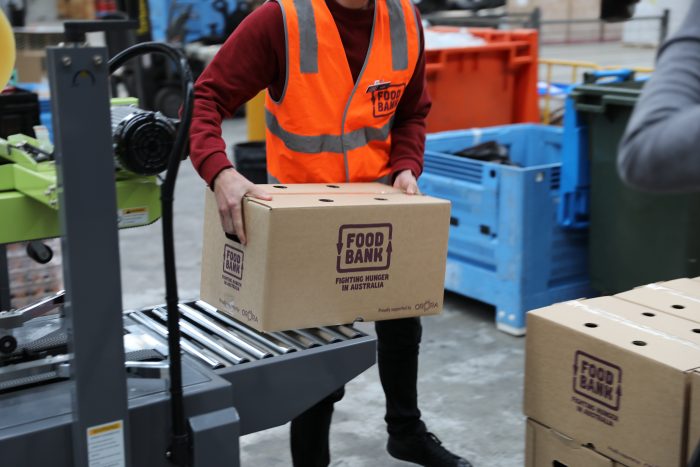 Wednesday 23rd November 2022: Australia currently wastes more than 7.6 million tonnes of food each year costing the economy over $36.6 billion. Of this, 70 percent is perfectly edible and redirecting it to food relief would potentially deliver a social return of $2 billion at a time when the demand for food relief has never been higher.

Despite the clear environmental, social and economic benefits of donating food to food relief, Australia’s current tax framework does not motivate food producers to donate excess stock. In fact, in tax terms, donating is no different to recycling or sending to landfill even though it may cost the company more.

It is ludicrous that our tax system does not reward hard-working farmers and small business transporters who contribute invaluable products and services to food relief. We should be making it easier to donate rather than dump perfectly good produce that may not look quite right, and one of the ways we can do that it by making sensible changes to our tax system to incentivise food donation. 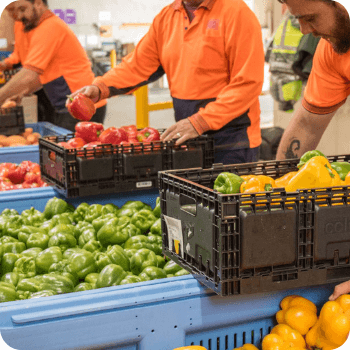 The tax incentive proposal, developed by KPMG Australia with the support of the Fight Food Waste Cooperative Research Centre and Australia’s food relief sector recommends a two-tiered tax incentive based on the ability to offset a percentage of costs related to food donations from taxable income. Its aim is to encourage food producers to donate surplus product to food relief rather than sending it to landfill.

KPMG has now completed a follow-up project where it consulted widely with the food industry to determine the feasibility and potential effectiveness of the proposed tax incentive. Interviews were conducted with 33 companies representing both national and local businesses along the whole food supply chain. The overwhelming message is that there is whole-of-sector support for the scheme. In fact, companies are highly passionate about the potential of the incentive to really shift the dial on redirecting surplus to food relief.

Australia has set itself an ambitious target of halving food waste by 2030, and with only 7 years to go, we need the Australian government to take bold and decisive action, including the introduction of a National Food Donation Tax Incentive

In addition to contributing to sustainability goals, the proposed incentives would provide support to small to medium enterprises, particularly farmers and small businesses in transport and logistics, stimulating regional economies and mitigating some of the economic impacts of labour shortages, natural disasters and the cost-of-living crisis.

“This research was led by one of Australia’s biggest financial organisations, KPMG, in conjunction with one of its biggest food relief organisations, Foodbank. To meet Australia’s goal of halving food waste by 2030, it’s partnerships like these, coordinated through the Fight Food Waste CRC, that will have the biggest impact not only on the amount of food we waste but just as importantly on the lives of millions of Australians who are food insecure,” said Dr Lapidge. 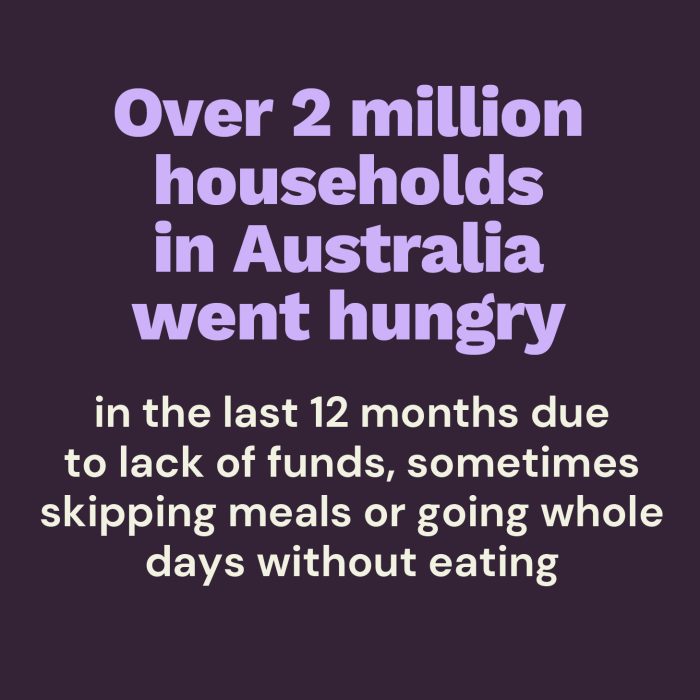 The Foodbank Hunger Report 2022 highlighted that over 2 million Australian households were severely food insecure in the last 12 months and on any given day 306,000 households are receiving assistance from food relief organisations. The cost-of-living was cited as the main factor for those experiencing food insecurity, placing added demand on food relief organisations such as Foodbank as the crisis escalates.

Every $1 will help provide 2 meals