A generous grant for $15,000 from the (then titled) Lotteries Commission in 1993, which allowed for a feasibility study into the need and viability of a Western Australian Foodbank, formed the blueprint for the success of Foodbank WA.

The feasibility study confirmed what many already knew, that the demand for emergency relief was increasing and welfare agencies were struggling to cope with the ever-growing need in the community. In due course, and with due protocol the Lotteries Commission approved a $500,000 grant to cover the cost of the land and building acquisition and other costs of operation for the following 2 years.

Despite many challenges, our first warehouse located at 19-21 Belmont Avenue was ready to host an official opening on 24 October 1994. We were able to quickly establish ourselves as a credible and very useful link in the food industry supply chain. Within 3 months of opening more than 54 tonnes of food was distributed to agency clients and in six months that figure rose to 313 tonnes.

Within 5 years of operation it was clear that the Belmont premises was no longer large enough or fit for purpose. By 2002 with another financial grant from the Lotteries Commission, amongst other private pledges, our second home in Welshpool was secured. 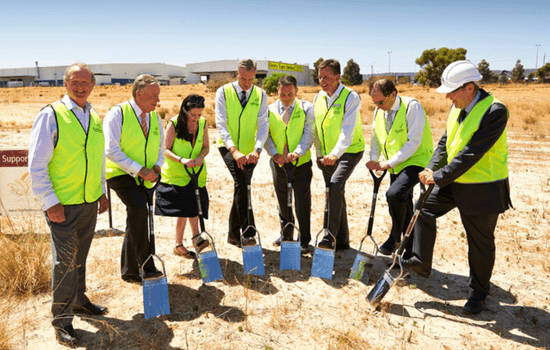 By 2004 Foodbank WA passed an important milestone, 10 years of operation and the rescue of more than 10 million kg of edible food destined for landfill.

4 years later we had certainly established ourselves in the WA community, serving  600 agencies and we were at the centre of rescue, storage and distribution of food along with nutritional education. We were becoming a significant logistics organisation being asked to provide increasing support to the community without the resources to support it. This led to the development of a ‘2030 Building the Future Program” vision supported by Lotterywest, Foodbank WA’s most steadfast partner.

Lotterywest’s support has not been limited to the metropolitan area. In 2011 a generous grant and assistance from and other partners allowed for Foodbank WA to open Australia’s first purpose-built Foodbank in Kalgoorlie. A Lotterywest grant was also instrumental in opening a Centre for Hunger Relief in Geraldton.

Entering a new phase of growth we took steps to relocate our Perth warehouse again. With the help of Lotterywest and the State Government, we were able to commence the design stage for the new purpose-built premises we know as Foodbank WA today. The New Centre for Hunger Relief’s official opening on 1 May 2015.

The ongoing relationship with Lotterywest throughout the years had given us the credibility we needed to attract other big investments and partnerships, such as BHP (which extended past its contribution to project and programs funding), without which Foodbank WA would not have been able to achieve what we have. 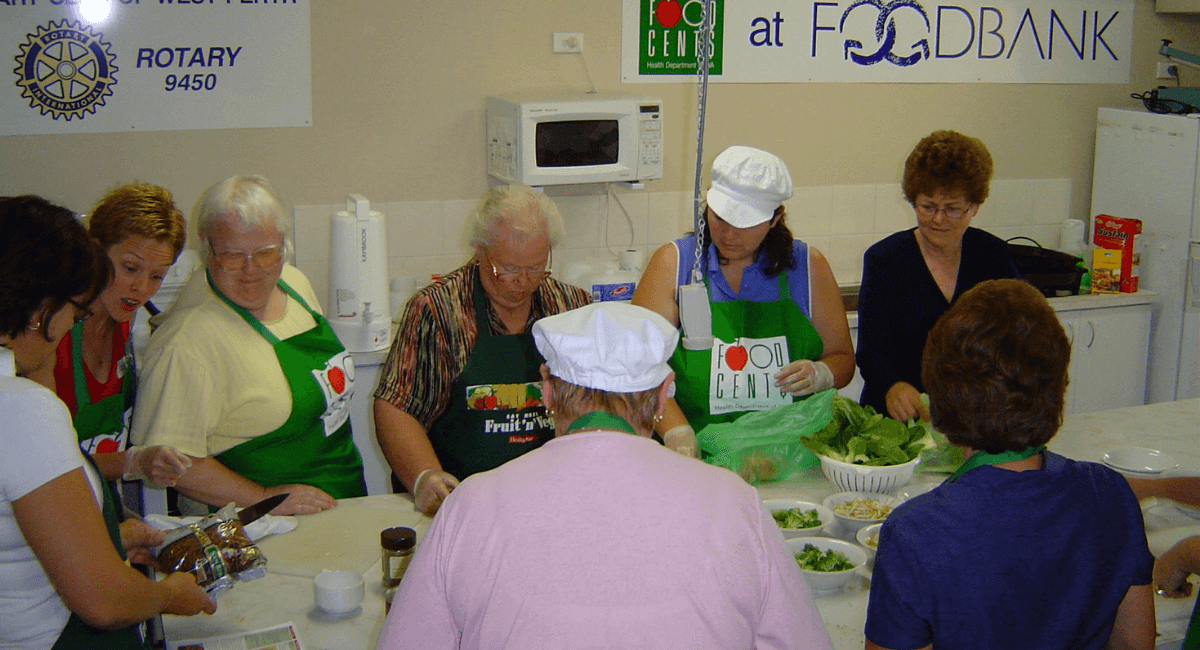 Without a valued and respected partner that Foodbank WA has in Lotterywest, we would not have been able to achieve all that we have. Lotterywest has provided more than $10,000,000 in grants to assist us with the magnitude of the challenges we have face… the many more lay ahead cannot be underestimated.

The cost of groceries are rising, the cost of rent is rising, and now mortgage holders are facing an impending rate hike. These circumstances are pushing many Western Australians into financial stress and they are struggling to put food on the table. More people are reaching out for our help than we have ever seen before.

Together with our valued partners like Lotterywest who was, and continues to be, one of the most important and valued key supporters underpinning Foodbank WA, we will continue to fight the rise of food insecurity as has been powerfully evidenced through our history.

Find out more about Foodbank WA