As golden, warm and cozy as a roast spud, our very own Golden Girls have made a name for themselves in our Community Kitchen. The Golden Girls are proud of the difference they make in the kitchen, preparing healthy and nutritious meals going directly to those who need them most. 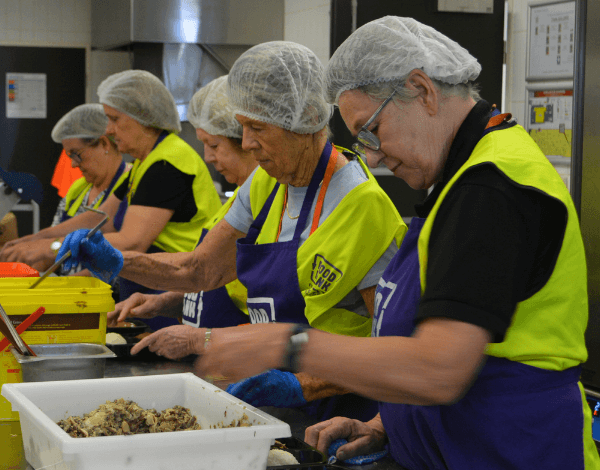 We're women who have raised families, cooked and organised kitchens. We turn our hand to anything and none of us like food waste. 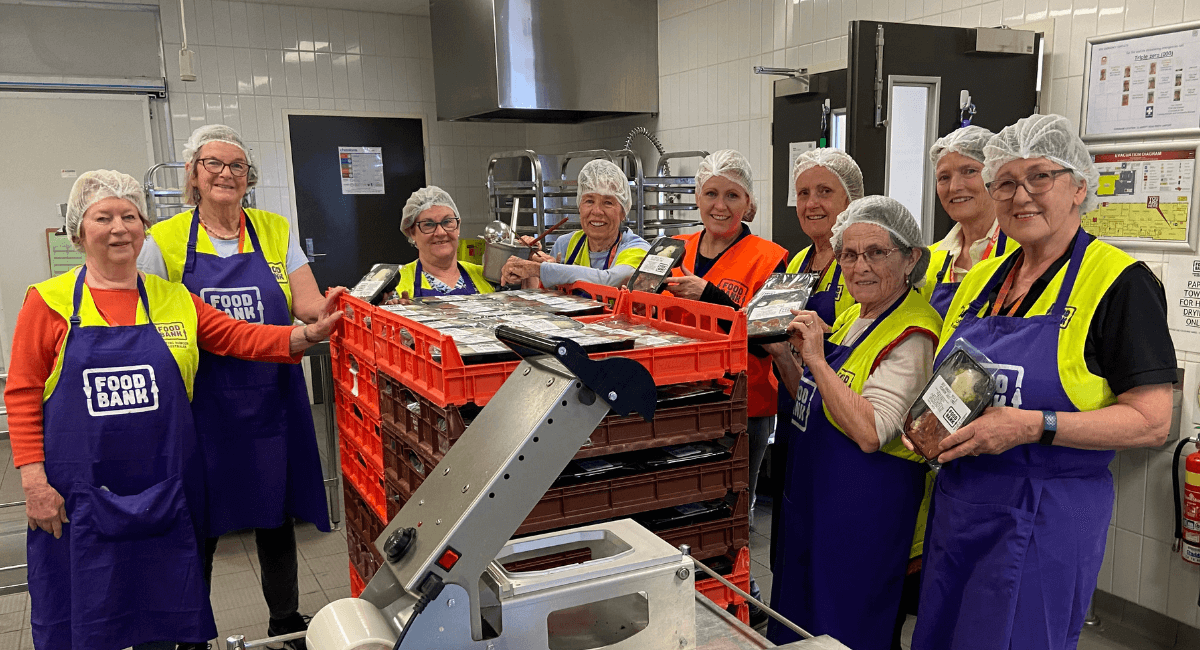 Meal prep in the Community Kitchen is no easy gig. Volunteers work on their feet and need strong arms for stirring commercial sized pots. Yet according to Community Kitchen Manager Grant Longman, the most efficient team is a group that calls themselves the Golden Girls – average age 75.

“They’re Brilliant!” Grant said, “They’re tough as nails and as strong as anyone.” Some of the women keep fit at a seniors’ exercise class, which is how their story started. Rosalyn Tay-Brighton recruited some volunteers at the gym five years ago and they’ve been coming fortnightly ever since.

“We’re women who have raised families, cooked and organised kitchens,” said Ros. “We turn our hand to anything. We’re all physically quite strong and we enjoy the cooking side of it.”

“None of us like food waste and we like the intelligent way that food is rescued from landfill. It’s intelligent use of a material that would otherwise have been abandoned.”

Three of the girls have now passed the 80 mark, but they’re not in any hurry to slow down.

“Whilst we’re getting organised there’s no talk, because everybody’s working out the system. When we’ve got it going we start to relax and chat. We like to challenge Grant about doing things a slightly different way, which I think he quite enjoys.”

Grant does seem to enjoy a bit of stirring. Ros says he also likes to encourage their competitive side.

“He tells us we do more than anybody else in the kitchen,” said Ros, “We’re speed freaks. He may tell everybody that – but we’ve bought it!”

You too can volunteer just like these amazing people. Join us and start making a difference.